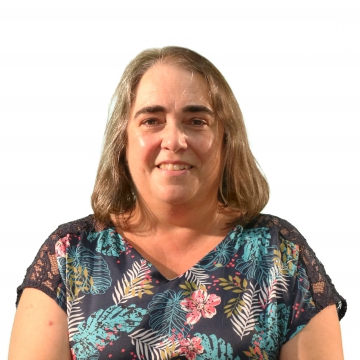 Susete Nogueira Fernandes, received her Ph.D. in Chemical Engineering from Instituto Superior Técnico (UL, PT) in 2006 within the sub-area of polymerization and catalysis. From August 2006 to June 2010, Dr Fernandes received her first post-doctoral fellowship (CEBQ/IST), and spent a semester at the Materials Science Centre from the University of Manchester, UK. In November 2010 Dr. Fernandes joined the Materials Research Center (CENIMAT), a hub of the Associated Laboratory Institute of Nanostructures, Nanomodelling and Nanofabrication (i3N) at the Faculty of Sciences and Technology, New University of Lisbon as a post-doctoral fellow. In December 2018 she became a researcher of the Materials Science Department of Science and Technology. In November 2019 she was elected by her peers to be the researchers’ representative in the department council.

Experienced in polymer syntheses and functionalization, as polyolefins, cellulose nanocrystalline and other cellulosic derivatives, Susete Fernandes is also skilled in several characterization techniques. To date she participates, as member or coordinator, on 10 EU and national projects, and 2 projects with industry.

She is the co-author of several peer-reviewed papers and book chapters (see web pages). She is also a member of the committee of the RSC Chemical Nanoscience and Nanotechnology Interest group and is actively involved in the dissemination of Nanoscience through the scientific community.

Structural colouration is one of the three ways through which nature presents an amazing range of coloration. They can arise from the interaction of sub-micrometric structured surfaces with light, which have proven to play a key role in animal communication, mating, and camouflage. Inspired in such sort of structural coloration and its similarity with the cholesteric liquid crystalline phase, derived from some cellulosic derivatives, her research studies are mainly focused on the preparation of new coloured bio- inspired cellulosic composites materials, derived from these liquid crystalline phases.